We started 2020 with a mere team of three, coming off a time we thought was a busy quarter. January started slow, but that was to be expected. Deciding to focus our attention on the working processes, we looked at bringing someone in to manage operations, aiding Rohan (now VP of Growth) and myself to attain more clients and win new business.

During 2020, we experienced a Global pandemic, as did the rest of the world. However, to the contrary, it helped motivate us to grow. We ended the year opening a new warehouse, amended our pricing structure, which sadly in turn lost some of our initial launch customers. Even so, the year brought in even better customers. As they say, ‘out with the old, in with the new.’ In contrast to 2019 when Farfill was treated as an experiment, 2020 Farfill was now a force to be reckoned with.

Inclusively, we were fairly happy with the way the business grew during 2020. We had decent revenue growth, considering expenses and margins were attainable and met. We did have a surge in expenses at the end of the year. Without a y axis above the chart doesn't mean much!

At times there were only a group of  four pushing past 1AM to get clients stock inbound-ed and sent out, you can only imagine.. the humanity! We ended the year with a well rounded number of 13 full time staff. We've been cautious not to over hire.

? Working during a Pandemic:

In spite of the Global Pandemic, we were busier than ever. The business flourished, calling for our teams to come in house and work. Under the harsh restrictions, special permissions were required to go to the warehouses, which as one can imagine was not easy to acquire. It was a true testament to everyone that pulled their weight to get the ball rolling and make it happen #whereshiphappens.

One of the toughest decisions of 2020 was how we were going to adjust our prices. Bounded by the Global Pandemic, our biggest concern was how 'the changes' would be received. Our launch prices had not been amended since we kicked off back in January 2019, so naturally, these adjustments were inevitable, what with inflation and all.

Long term, we could not foresee much growth had we stuck with our initial launch pricing. After a couple of months of modelling and projecting (which isn’t favourable - it's all basically a guess) we decided to announce our new pricing in July 2020. Following the suit of 'change', we signed up to a new email marketing tool, Sendinblue. Price wise, it made a lot more sense for us vs Mailchimp and we also saw value in using their advanced tools to market all of our inbound leads. Really could write an entire spiel on how we went about our pricing changes, but shall leave that for another post.

The main bits of note were that we kept most of our pricing exactly the same but made small tweaks to help us increase our revenue in other areas. So for context, this was our previous pricing vs our current pricing.

So as you can see, the launch pricing was so easy to wrap your head around and was super attractive comparatively to the market. It certainly helped to ramp up our customer base.

New pricing that we switched to had a few nominal changes, combined with a few extra complexities. One of those was adding a minimum USD 250 Account management fee that would credit against your core services (all the pricing on the table is considered core services) that you would use. As an example, if you were using 13 CBMs of space and 0 orders in the warehouse you were not charged any account management fees. See, just a little more complicated ?.

As previously mentioned, our biggest concern, was that we were going to lose customers, and unsurprisingly, we did. The first email response back:

An example of change not well received, it seems? We got a few emails like the one above, which at the time was discouraging. Nonetheless, we started to get some progressive responses like the one below:

Losing a customer back then seemed like the ‘end of the world’. However when we reflect back in time, how long it took to invoice, respond back to enquiries for customers who had barely any volume, it allowed us to focus on bringing in what we would call the 'whale' or 'big fish' type clients through the door. It's all about quality over quantity hey?

At the end of 2020 our current warehouse was running out of space and we had to make some decisions to either jump ship (pardon the pun) and look for a bigger space or get another warehouse all together at a similar size. We went with the latter. We were short on time and could not find anything that we liked. Managing to bank a good deal, we finally found our space! Looking back, had we planned it better, we probably would have moved into one big location to save splitting up the staff. Note to self, implementing processes between two sites is a lot harder than just the one!

Now having two warehouses, we thought it might be clever to utilise and split them by category. We moved all the bulkier products to the new site and kept the smaller products in the original warehouse.  It’s productively made a massive difference having a separate warehouse to store the bulkier products. Allowing noticeable space for our original warehouse to become more efficient with the picking and packing process. Needless to say, in the new warehouse, we are still tweaking bits to be as systematic as we have at our original site.

?  International Shipping from the UAE

Even though this is last year's review, it’s important to note the value of having your stock in the UAE and shipping outbound from here. If you're based in the mainland, you are paying a relatively low amount comparatively to import into other markets. We shipped to 93 different countries in 2020.

Talk about global shipping, we also started shipping a reasonable amount to new markets such as Israel. Funnily enough, we were on the first plane out when DHL turned on Israel as a shippable market. For 2021,  we are most likely going to see a surge into Qatar with the route now opened with the carriers we work with.

Attention all e-commerce enthusiasts! We launched a Podcast towards the end of the year. Rohan (VP of Growth) thought it might be useful to do some topics around e-commerce and the Middle East and share it with y’all. The response back from people was generally positive, albeit extremely nerve wracking as we were first timers. More importantly,, we relish the importance of knowledge and conversation within the industry and will carry on doing more with a different angle each time! You can find all our episodes at our YouTube channel!

Last year’s quote: "When’s the best time to expand and grow to a new facility?".

Guess the answer to that was in 2020! Our plans are to expand across the border to Kuwait and Saudi as our next markets are now officially a reality.  Kuwait's engagement has sparked a lot of interest, we  already have a bulk of our existing clients ready to move across with us once we are set up. Saudi Arabia is a little more tricky to tackle, however, it is the market everyone craves to tackle within the GCC, and we’re hungry enough to do so.

Get the latest posts delivered right to your inbox 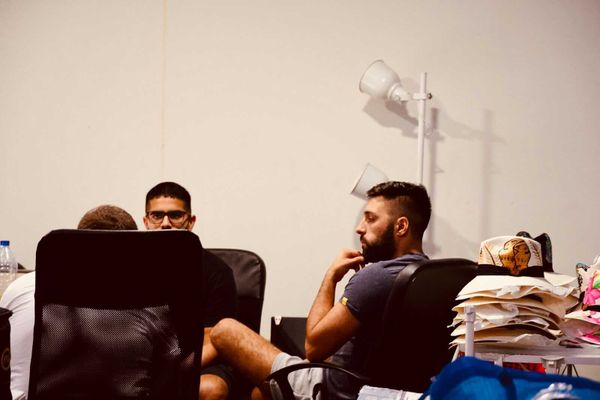 As a new business, fortunately, it pushes you to think differently, innovative ideas that stand out from all the rest, challenge the status quo and create your niche. 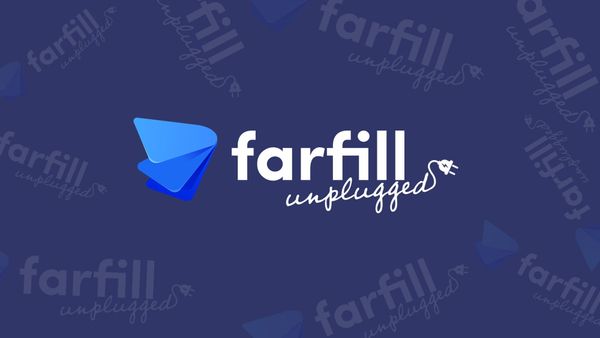 We released both these episodes at the tail end of 2020! In Episode 4 we discuss bits around operating in Dubai. In Episode 5 we discuss the launch of our new warehouse.

Stay up to date! Get all the latest & greatest posts delivered straight to your inbox